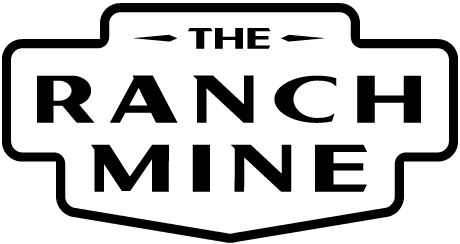 E
X
I
T
HomePortfolioAboutServicesTestimonialsContact
Who we are

Honor the past, challenge the norm, and inspire the future.

We are often asked how we came up with our company name, The Ranch Mine. Before we formed our company back in 2010, we spent 7 months traveling around Arizona, exploring the rich history of our state. During these trips, a common thread started to emerge: the pioneer spirit. Everywhere we went we heard stories and saw manifestations of the driven, impassioned people in search of a better life. This spirit is still alive and well today. We chose our name to honor those that have come before us, the humble ranchers and miners, who have paved the way for our opportunities for prosperity today, and to serve as inspiration to design spaces that afford us the opportunity to imagine what’s beyond what we see in the present so we can strive for new experiences.

In 2009, Cavin Costello received his Masters degree in Architecture and made the drive to Phoenix, Arizona sight unseen, inspired by the complexities and opportunities to be had in the rapidly urbanizing southwest. He had not yet been a full day in Phoenix when he met Claire, a Phoenix native looking to make the most of her recent move back home. The two quickly bonded over their ideals of the built environment, how to improve upon it and its ability to influence. Not settling for a hard hit economy to dictate their next move, the duo decided to act. So, they bought a fixer upper and experienced first hand the trials and tribulations of a major renovation.

The two continued paving their own path developing the First Phoenix Green Construction Code project, designing for visionary real estate developers, and creating inspired homes for unique homeowners. Cavin and Claire have continued to push the envelope in designing for the pioneer spirit which has won them the 2019 HGTV Designer of the Year for their ‘Red Rocks’ project, a 2015 National American Institute of Architects contest that named them the “Future of Architecture”, landed them features on the NBC Today Show and with HGTV, and had their worked published in numerous books and publications.

Design homes that root you in your community, provoke curiosity and exploration, and embolden you to do more of what you love.

Behind every project we take on is a highly-skilled team. Following suit, our team is composed of adventurers who each possess the pioneer spirit and strive to break the boundaries of conventional thinking. 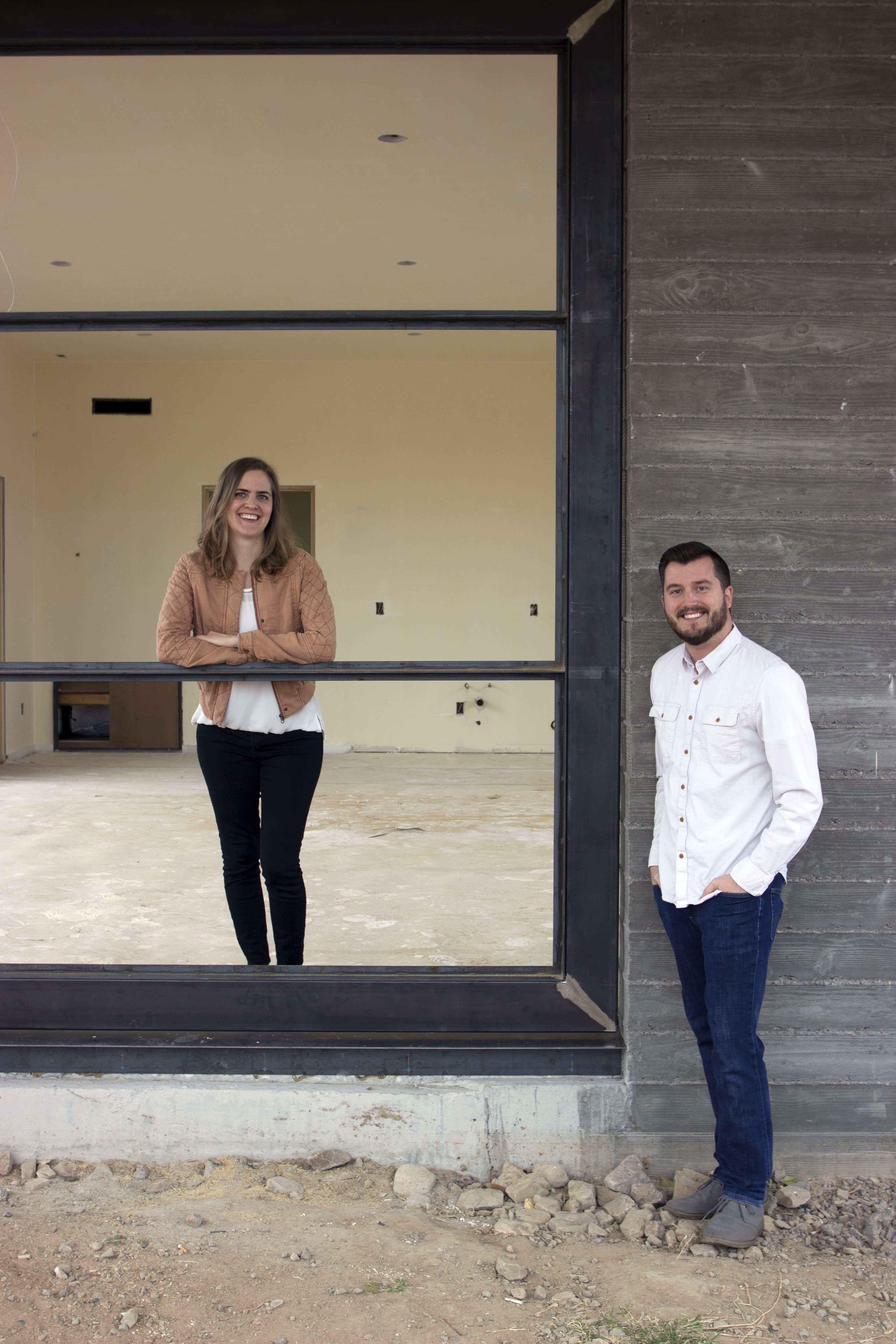 Cavin Costello is the son of a civil engineer who endeavored to build his own house in rural Connecticut. It is safe to say that this exposure to building systems mixed with a “go get ’em” attitude laid the foundation for Cavin’s future. Cavin pursued his childhood passion at Northeastern University from which he earned a Bachelor of Science in Architecture and a Master of Architecture degree, graduating Summa Cum Laude. During his schooling he was able to study in and call Florence, Italy home, using that time to explore the country’s beautiful art and architecture, building his appreciation for history and how culture and context affects the built environment. His enthusiasm for adventure lead him to Phoenix, Arizona where he has become a prominent figure in the community. To date, Cavin has designed over 150 projects, winning multiple national and local awards, including HGTV’s “Designer of the Year” in 2019 and “The Future of Architecture” award from the American Institute of Architects in 2015. Cavin is a licensed Architect in Arizona, Colorado, Montana and Tennessee.

Claire Costello is a native Phoenician who received unique exposure to rambling ranches, mid-century modern and desert architecture. Claire was young when she was asked to pick up a shovel and do some dirty work at her aunt and uncles in Tucson. This “dirty work” was digging dirt to build the first rammed earth house Claire had ever known of. Leaving the desert behind, Claire ventured to the University of Colorado at Boulder where she received concurrent Bachelor of Science degrees in English and Communication. Her time away from Arizona led Claire to travel the world, fueling a desire to make real change and igniting a belief in the power of action. Upon returning to her hometown, Claire sought to make a familiar place new, exciting and her own. Emboldened with an entrepreneurial spirit, Claire is committed to reclaiming her hometown of Phoenix one home at a time. Today, Claire embraces a hands-on approach to design and development and works toward shaping a more vibrant community. 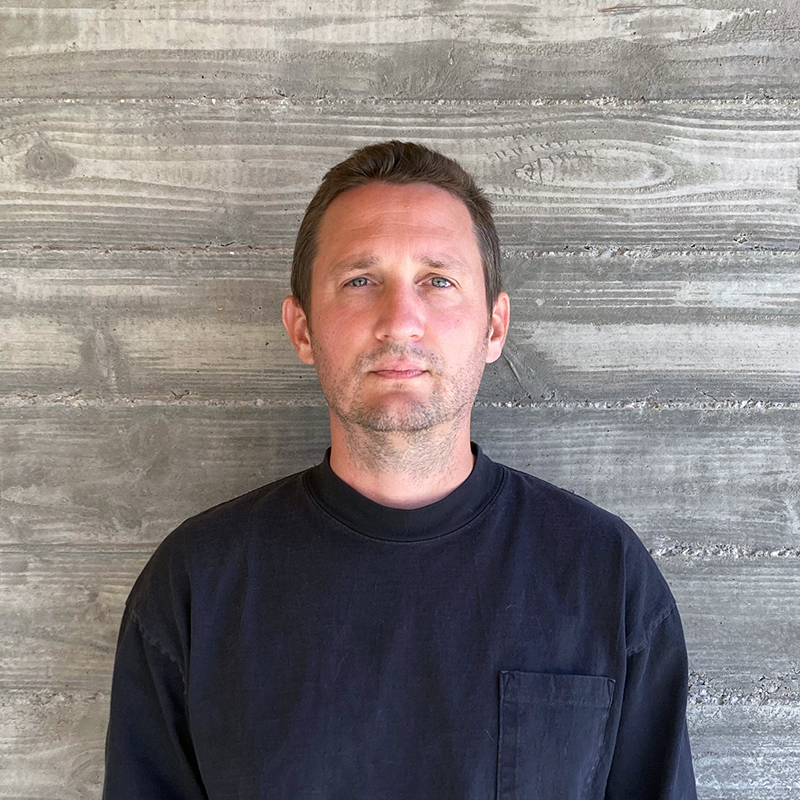 Tommy was a sailor in a previous life, where he spent his early 20’s traveling the world by sea in the US Navy. His interest in woodworking and design of the built environment led him to the University of Colorado at Boulder where he earned a B.S. in Environmental Design with an emphasis in Architecture. Professionally, Tommy has gained experience in affordable housing, custom millwork and digital fabrication, independent retail, large scale commercial, and eventually found his niche of choice in residential architecture after working on projects throughout NYC, the Hamptons, and Nantucket while at Workshop/APD.

‍
Driven by the unique opportunity in the west to create an everyday getaway environment for his family, and a newfound appreciation for the Sonoran Desert and the West after growing up in Arizona, Utah, and Colorado, he moved back to Phoenix from Brooklyn in the summer of 2020, enthused to get immersed in the flourishing local design community. 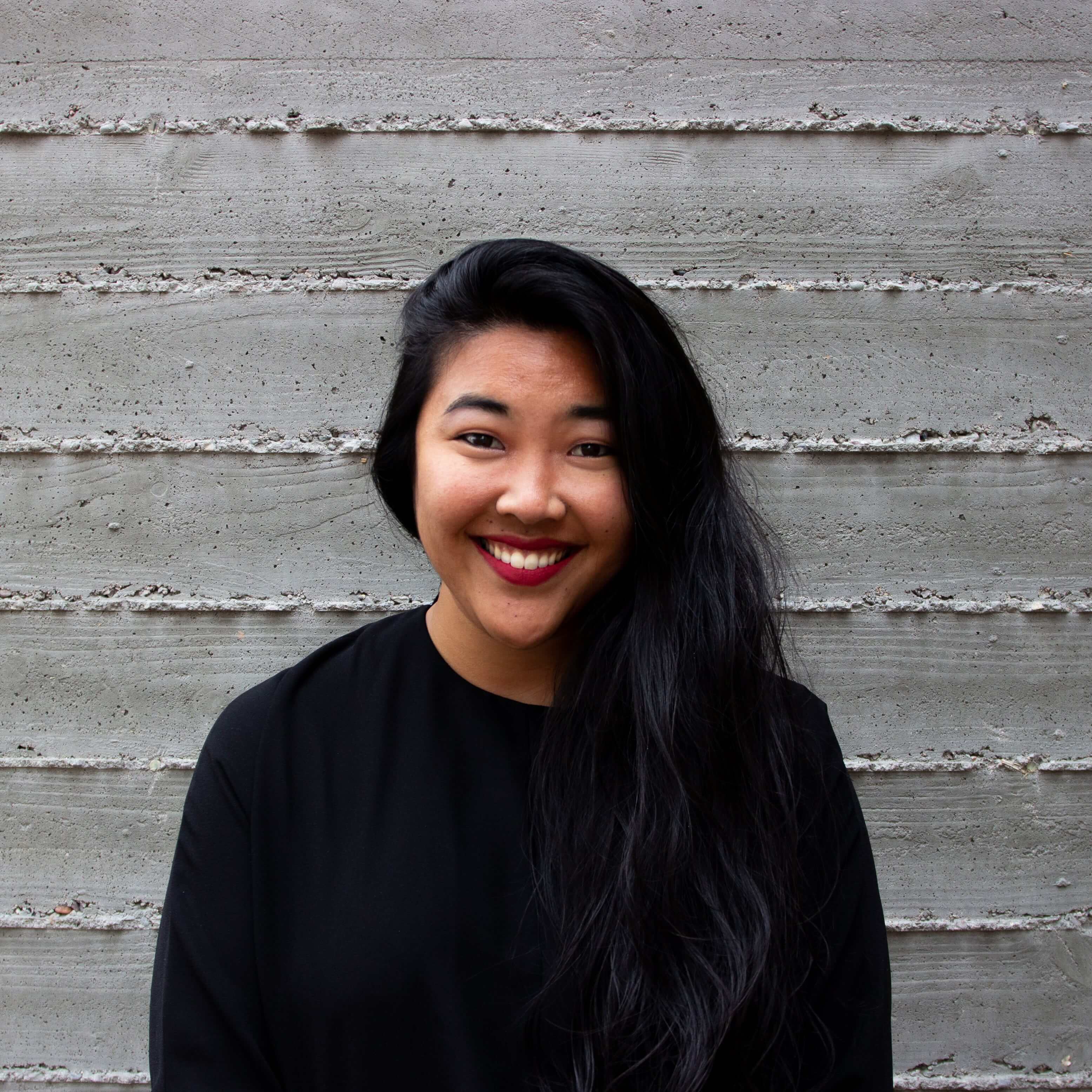 Growing up in Arizona, Rachel developed a robust appreciation for the joys and challenges of desert-dwelling. After years of traveling to different states and countries, learning from various cultures and people, she returned to Phoenix in order to employ that knowledge while engaging with the built environment. This, in addition to her background in both architecture and engineering, has allowed Rachel to approach design with a unique perspective that she continues to develop and apply to every aspect of a project.

Rachel joined The Ranch Mine in 2018 shortly after receiving her Masters of Architecture from UCLA. She also earned her bachelor’s degree in Structural Engineering from Brown University. She is a registered architect in the state of Arizona. 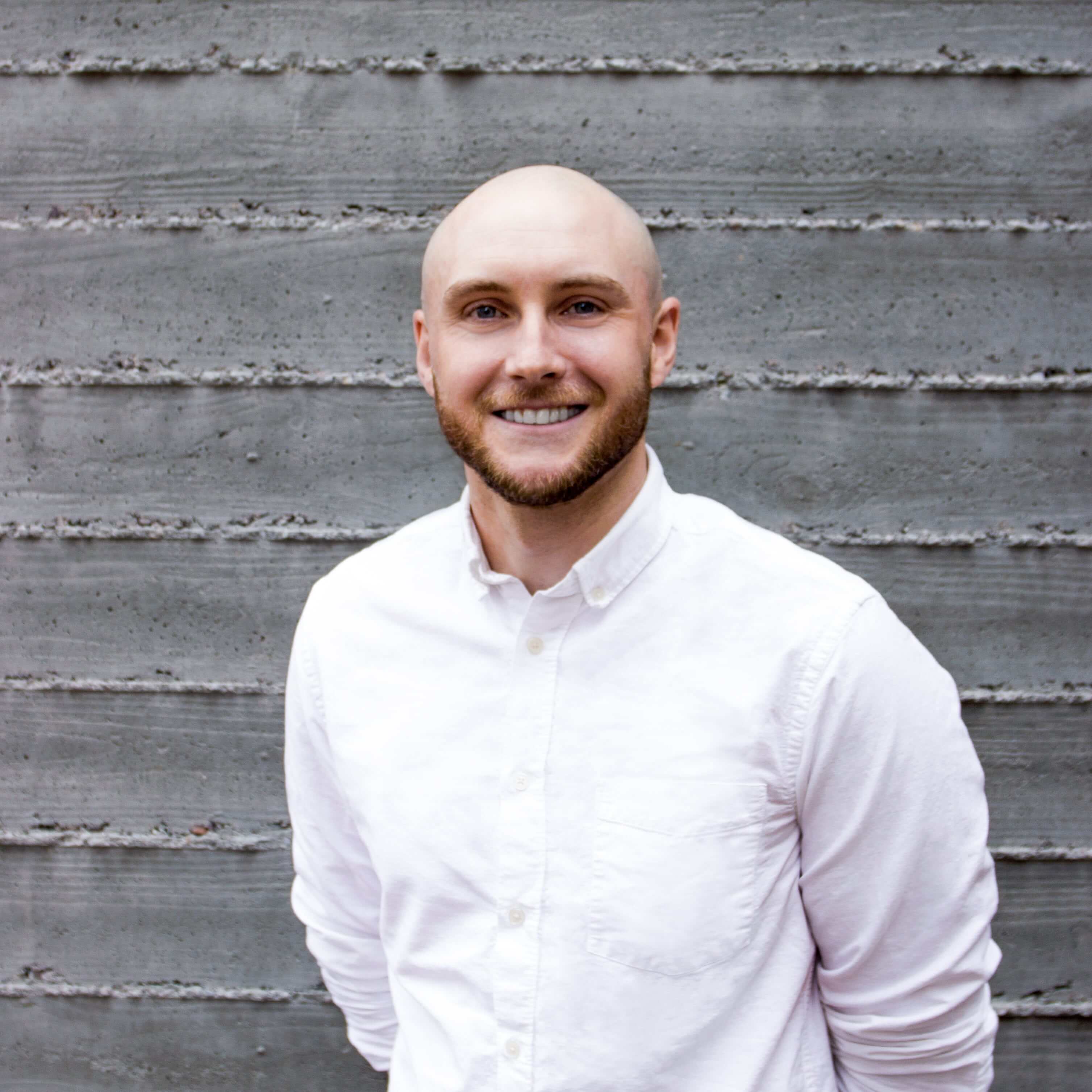 Benjamin was born and raised in the United Kingdom, where he earned a Bachelor of Architecture at the University of Lincoln. Ben went on to work with a variety of successful architects in the UK whilst continuing further studies in architecture. His love of travel ultimately led him to the United States and a move to Arizona in 2015.

‍
Having gained a wide experience in high end residential and commercial projects, both in the US and Europe, his passion for exceptional design continued him on a path to The Ranch Mine in October 2018. Specializing in 3D visualization and representation he became an integral part of any project. 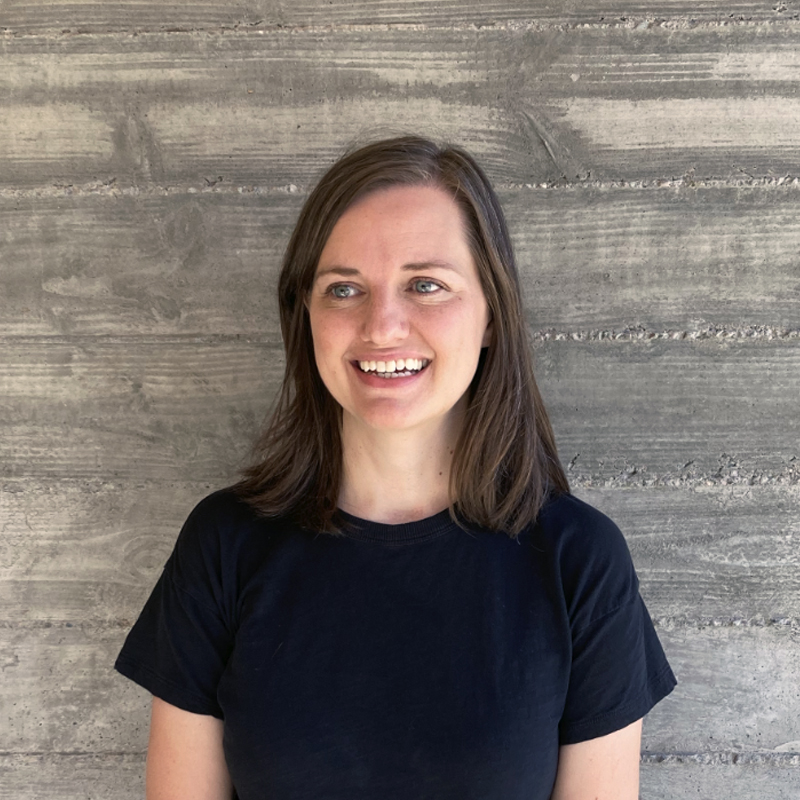 Patty is an Arizona transplant. She moved to Phoenix with her growing family in 2020 seeking out sun, space and the frontier opportunities unique to the American West. Patty was born a midwesterner and has spent much of her life on the east coast. The history, texture and energy of growing up in Vermont and New York informed her continual search for design authenticity, timelessness and placefulness. Eight years spent in Denver, Colorado initially sparked her love for the west.

After exploring the architecture of mixed use, municipal, and workplace design in offices all over the country, she is finally jumping into the world of residential architecture, something she has been passionate about since she was 7 years old, drawing house plans on graph paper. 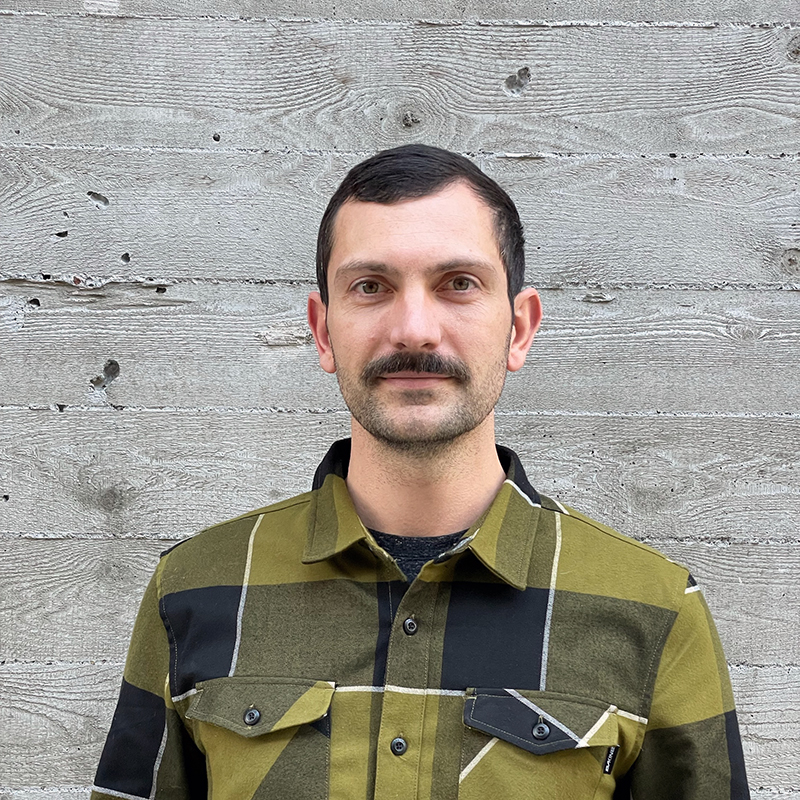 Geoff grew up in Georgia during a time when houses were being built by the hundreds. Walking through those neighborhoods during construction is when he fell in love with Architecture. It was also during this time that he was first introduced to the desert southwest during a backpacking trip to New Mexico.

After undergrad and living in Europe, Geoff moved to Oregon for graduate school for a change of pace and scenery. It's here that his passion for mountain biking, trail building, and architecture began to really formulate. He spent a number of years working on projects of all scales and typologies including; digital fabrication, creative office renovations, performing arts centers, multi-family residential, and various mass timber projects. During this time with Lever Architecture, he was able to focus on his original love of residential architecture, working on a number of residential projects over a few years.

In an attempt to escape the pacific northwest winter, he found himself in Phoenix for a sunny vacation and it's there that his childhood memories of the desert southwest resurfaced and he knew he needed to find his way back there professionally.

Geoff holds a BS in Architecture from Georgia Tech and a MArch from The University of Oregon.

Where we've worked so far:

While our firm is based in Arizona, we work for clients with the pioneer spirit around the United States and the world. Below is the list of the places where we have worked so far. 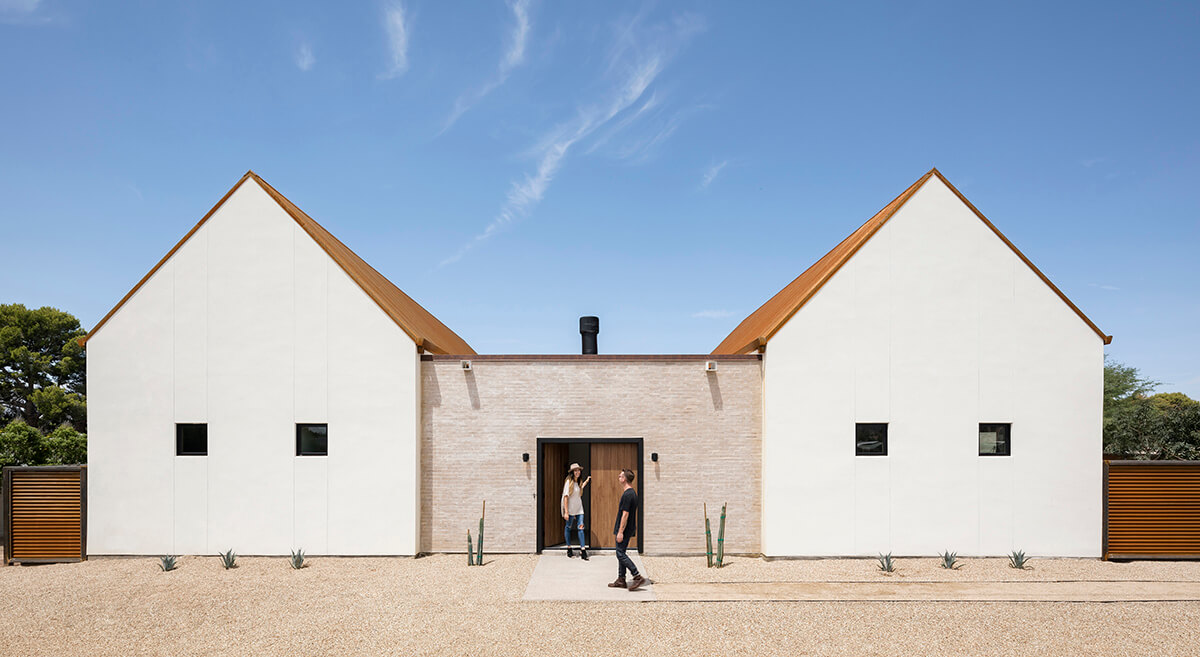 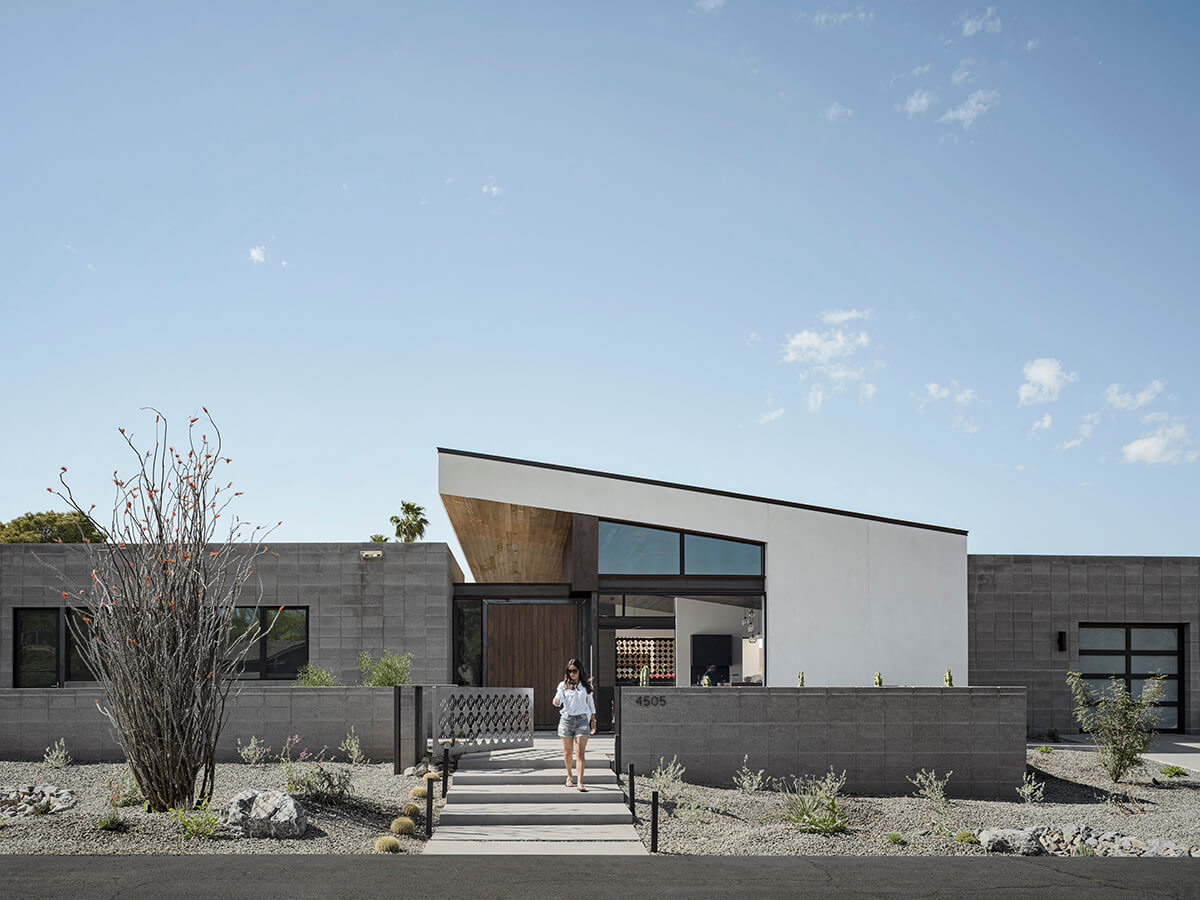